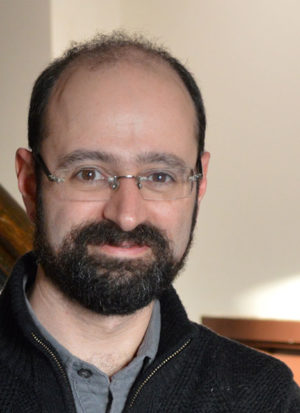 Physics, mathematics and music will collide in real time in an unusual joint concert Sunday afternoon at the Cleveland Institute of Music (CIM).

“Crystals of Sound” is the result of a novel research and musical composition project conducted over the last year by Jesse Berezovsky, an associate professor of physics at Case Western Reserve University and Alex Cooke, a CIM faculty member, composer and theorist.

The performance of nine pieces from the two collaborators and student performers is at 4 p.m. at CIM’s Mixon Hall (11021 East Blvd., Cleveland). The concert is free and open to the public, but attendees must make a reservation on the CIM website, where the program will also be livestreamed.

But while Berezovsky—also classically trained viola player—and Cooke collaborated to bring the concert together, the program lists them not as composers, but as conducting algorithms that the computer uses to compose the music that will be played.

Each of the nine original pieces will be played live on stage—sometimes even as they are being “composed” by a computer program—by student musicians from Case Western Reserve and CIM.