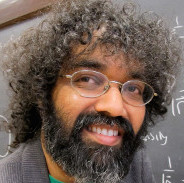 International Business Times – Physics professor Harsh Mathur broke down the symbolism behind a potential, if unlikely, agreement between the United States and Japan for a nuclear sharing deal, noting that Japan is essentially already under the U.S. “umbrella.”

“Placing nuclear weapons in Japan would only have a symbolic effect of making that umbrella more visible but would likely increase the risk of accidental nuclear war and of making those weapons more vulnerable to attack or terrorists,” said Mathur.

See full story – China ‘on Alert’ over Debate on Japan-US Nuclear Agreement — Will It Happen?