A person’s background in physics should not be a limiting factor in their ability to access and enjoy content in the field. This belief is at the heart of The Theory Girls’ website, which features media all about physics.

The Theory Girls is a new project spearheaded by six women physicists, including two – Dr. Laura Johnson and PhD candidate Klaountia Pasmatsiou – from Case Western Reserve University. The researchers approach physics with a conversational, open tone. Each bring their special interests in high energy physics to the table. The Theory Girls create podcasts and blog posts about a variety of content ranging from popular science, to journal article discussions, to what it’s like to be a female PhD student studying physics. 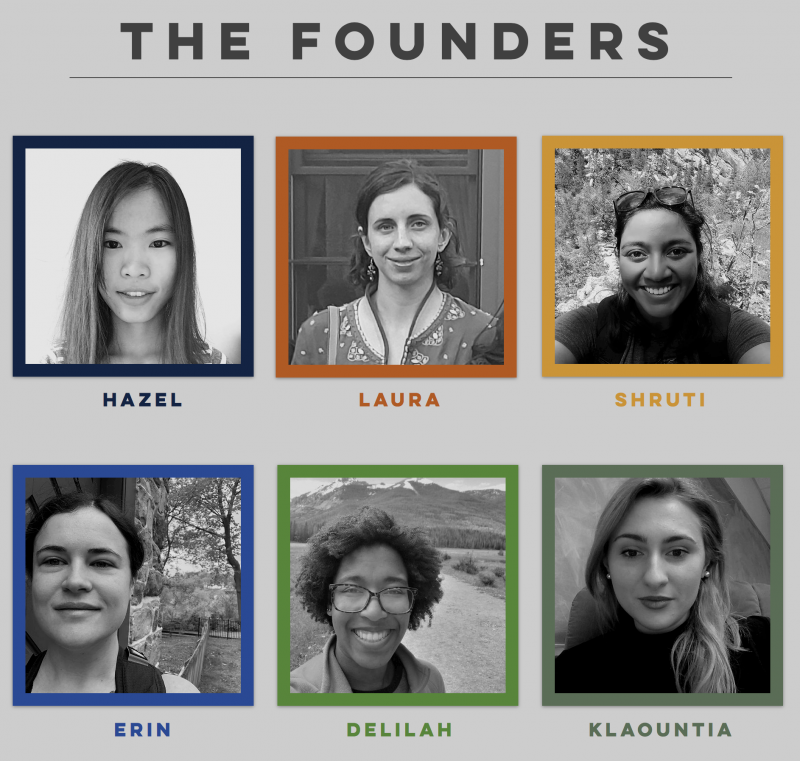 Meet The Theory Girl scientists studying high energy theoretical physics and taking their “Physics is for everyone!” message worldwide.

Five of the founders met at Theoretical Advanced Study Institute (TASI) at the University of Colorado Boulder during the summer of 2019. Johnson, Erin Blauvelt (Lehigh University), Delilah Gates (Harvard University), S.N. Hazel Mak (Brown University), and Shruti Paranjape (University of Michigan) became instant friends. At TASI, they had the idea to stay connected by sharing their love of physics with a larger audience. Soon, Johnson’s officemate Pasmatsiou came aboard. The Theory Girls was born, and launched its first podcast in March 2020.

Pasmatsiou and Johnson had already begun to interview female physicists visiting CWRU before The Theory Girls launched. Their original idea was to do video interviews with a twist; they would do activities like doing each other’s makeup while discussing the visiting physicist’s research. Pasmatsiou said the motivation behind this was to break down stereotypes, including: 1) that women cannot do physics, and 2) that female scientists can’t engage in anything typically feminine. However, they ended up just doing straight video interviews, which are currently being adapted for blog and podcast content. In the future, though, The Theory Girls may expand to video content, and perhaps they will revive the makeup idea.

The Theory Behind This Endeavor

The unifying theme across the stories these physicists produce is that they want listeners/readers to feel like they can engage with their work and them. Content is produced at different levels in physics, so that people with no background or extensive backgrounds can enjoy it. Gates said part of their motivation for this tiered content concept was thinking about “what are different things that we would’ve like to see, and even now, in our physics careers.” They are bringing such stories to the frontlines, with a focus on making female physicists seen and heard.

The unifying theme across the stories these physicists produce is that they want listeners/readers to feel like they can engage with their work and them. Content is produced at different levels in physics, so that people with no background or extensive backgrounds can enjoy it.

“There is something to seeing and hearing people like you….Being in a male dominated field can feel like you can’t do it just because no one like you has done it before, but lots of people like you have done it before. They’re just not in the world of popular science as much,” Paranjape stressed. That’s why The Theory Girls are making sure to interview female physicists who have paved the way for women in the field. They also reach out to fellow physicists to highlight their work on their blog, both men and women scientists alike.

Unlike Other Physics Mediums

A unique endeavor of The Theory Girls is the murder mystery story that Blauvelt writes for the blog. Through this story, she merges physics topics with narrative story telling; she introduces physics concepts within the context of a murder mystery story. She also tries to challenge the narrative of what a physicist looks like by including a diverse cast of characters who challenge many stereotypes. For example, there is a pregnant detective and a successful, intelligent mathematician with imposter syndrome. With the second character, Blauvelt ties in science discussed in a previous post (imposter syndrome) with a character in the story. In this way, she bridges science that may not feel the most accessible for everyone with a whodunit. This further opens the door for other types of readers.

All of The Theory Girls want accessibility and openness to be emphasized in their work. They want their audience to engage with them and their website. Pasmatsiou neatly summed up this feeling, saying, “If a physicist responds to you that ‘you should know this,’ this is an unfortunate response. There are not stupid questions. There are only stupid answers.” They are learning with their audience, which is why they focus on interviewing other physicists and running a community blog where others in the field can make posts. The Theory Girls want to bring their interests, ideas, and questions to you and are hoping you do the same.