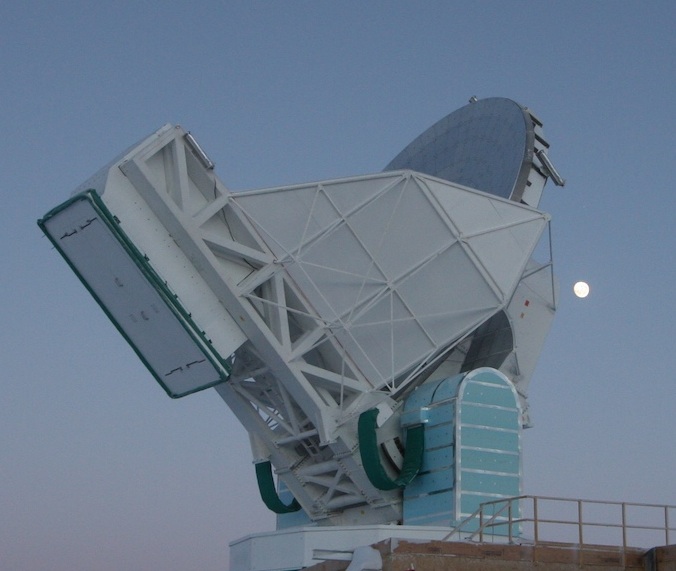 Pictured here is the South Pole Telescope, which was part of the third generation of research about the Cosmic Microwave Background. CMB-S4 seeks to update equipment such as this to make it more sensitive and able to explore more of the sky. Image credit: cmb-s4.org.

The cosmic microwave background (CMB) holds countless secrets of the universe, and Professor John Ruhl is a key part of uncovering those secrets. As the instrument scientist on CMB-S4, the fourth stage in ground-based observations of the cosmic microwave background, Ruhl says that his role includes “building instruments …  and then taking them to places where those observations are good, operating them,  and analyzing the data all the way through the science”.

CMB-S4 will place instruments at both the South Pole and in the Atacama Desert in Chile aimed at detecting and recording variations in the temperature and polarization of the cosmic microwave background. The CMB is the oldest light in the universe that can be observed, a snapshot of the past, from when the universe was just 380,000 years old, long before the formation of the first stars. Observing the CMB gives scientists information about some of the earliest stages of the universe, including evidence of the Big Bang.

Ruhl says that past experiments have usually focused on the temperature variations in the CMB, but that “now has been done very well on many angular scales and has taught us a lot about the history of the universe and the contents of the universe and the geometry of spacetime.” By expanding their data collection to focus on the variations in the polarization of the cosmic microwave background, researchers hope to find evidence of cosmic inflation, which would have happened when the universe was 10-34 seconds old. According to Ruhl, cosmic inflation would have caused  the creation of a background of gravitational waves, which spread through the universe as it aged, and which would “influence the cosmic microwave background when the CMB decoupled from matter, when those photons stopped bouncing off the plasma of the universe.” 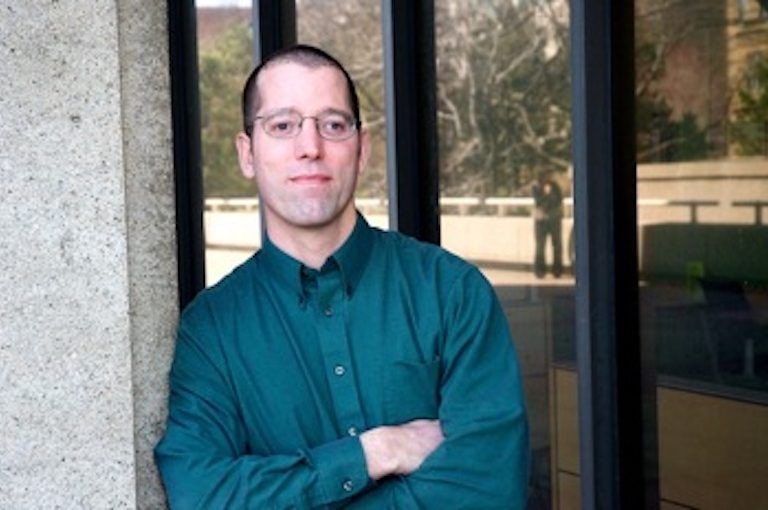 The main advances in studying the CMB come from increasing the  numbers of detectors being used, leading to increased sensitivity and precision in the data collected. Previous generations of instruments only had one thousand to two thousand detectors, while the CMB-S4 will have about 500,000 detectors. Ruhl says these advances are important to researchers because “our measurements, how much sky we can map, how deep we can map, how precisely, is really related directly to how many detectors we can get on the sky.”

And the number of detectors doesn’t just make the data more precise, it allows scientists to make more choices with what they want to research. Ruhl says you could hypothetically do research with even just one detector, but you would be very limited in what you could study. “With every instrument, you’re given a choice. Given how many years I’m willing to observe, what fraction of the sky am I going to observe and how sensitive am I willing to get?” CMB-S4 will provide researchers with more flexibility to explore a variety of science objectives, while still collecting detailed and precise data.

“There was this idea that you could maybe see the temperature anisotropies, the bright and cold spots in it and that we could maybe learn some stuff about the universe through that and it’s paid off ridiculously.”

Ruhl says that the scientific understanding of the cosmic microwave background has improved immensely over the past 2 decades, saying “[when I started], we hadn’t detected temperature anisotropies yet, all we knew is that there was this 2.7 Kelvin radiation leftover from The Big Bang and that it was there. Then there was this idea that you could maybe see the temperature anisotropies, the bright and cold spots in it and that we could maybe learn some stuff about the universe through that and it’s paid off ridiculously.”

This is a visualization of the Cosmic Microwave Background, with different colors representing variations in the microwave radiation that is being detected by the sensors. Image credit: cmb-s4.org.

By studying the cosmic microwave background, scientists have been able to discover answers to many of the most complex yet fundamental questions that we have about how our universe works. Ruhl says that studying the Cosmic Microwave Background is both important and just plain cool because “it’s taught us about dark matter and dark energy and that the geometry of spacetime is flat. Those are really grand inspiring questions that tell us really fundamental, exciting things about the universe. And when you step back, at some level it’s just ridiculous that we can figure that stuff out.”

For more information about CMB-S4, visit their website at https://cmb-s4.org/