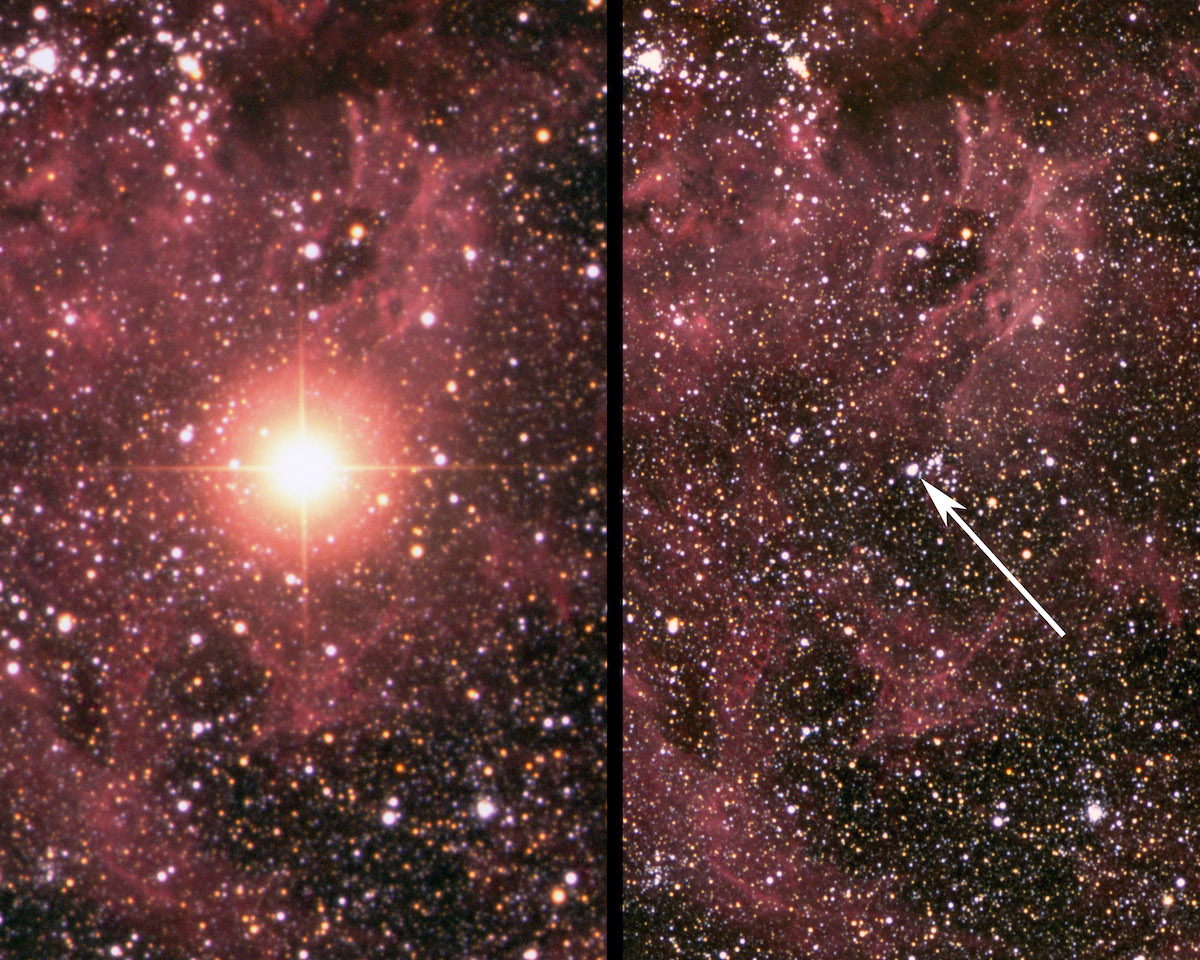 In February 1987, an exploding star appeared in the sky.   It was a supernova—not a dim speck of light in a far-distant galaxy but a bright one, visible to the naked eye, in one of the Milky Way’s nearest neighbors.  Now known as “Supernova 1987A”, it was the first nearby supernova in the era of modern telescopes, cameras, and instrumentation.  Adding to the excitement, Supernova 1987A was the first supernova to be seen by modern neutrino detectors—giant, ultrasensitive particle-physics experiment that picked up tiny neutral particles directly from the collapsing star’s core.   What followed were some of the most exciting and discovery-rich months of modern astronomy.

35 years later (right down to the minute, if possible) we’re replaying those events on Twitter.  Follow @RealTime1987A on Twitter to see neutrinos, spectra, telegrams, photos, and other discoveries in “real time”.

The first thing an astronomer wants to know about an exploding star: what’s its light curve?  How long does it take to brighten?  How fast does it dim?  Watch for tweets reporting the star’s “magnitude” and plot them yourself on the handy blank charts on https://physics.case.edu/realtime1987a-supernova-activities/.  Follow the tweets for other activities!

Were you an astronomer, astrophotographer, or stargazer in 1987?  Dig up your own files, images, spectra, and anecdotes and share them with us, either on Twitter or by emailing RealTimeSupernova1987A@case.edu