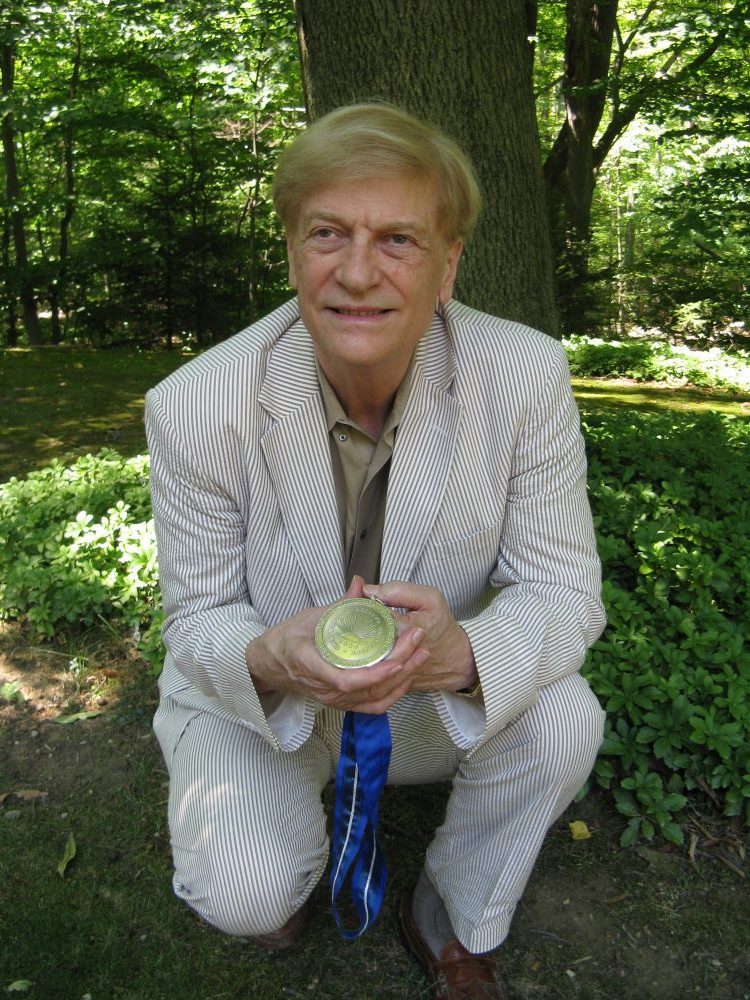 When you sit down for a conversation with Professor Robert “Doc” Brown, the first thing you’ll notice is how natural it feels. It can sometimes be difficult for students to muster up the courage to talk openly with professors, and Doc Brown is not only aware of that, but actively interested in diffusing the potential for tension.

Throughout his tenure at Case Western Reserve University, Doc Brown has attained recognition both on campus and from his peers scattered across the nation for his ability to effectively mentor undergraduate students. Asking him about it, you begin to get a pretty clear picture of how he does it.

“I call many of my students ‘forever friends,’” he remarked, “They often are the ones who got me interested in new things, and so good support for them is just as beneficial for me!”

For years now, Doc Brown has sought ways to innovate the teaching of undergraduate students. He was one of the earliest adopters of e-mail, incorporating it into course structures beginning in the late 1980s. To help students prepare for graduate school, he created his own set of flashcards specific to the GRE Physics Subject Test. The list goes on, yet regardless of which item you’re referring to, he’ll be careful not to take credit.

“They were ecstatic about having the resources available to offer it,” said Doc Brown. “It wasn’t about personal recognition… If somebody gave me $100, I wouldn’t know how to use it, so someone else should probably benefit!”

“To this day if a student comes into my office and asks for help, I will try to take suggestions from them on how I can improve my classroom.”

It’s unsurprising, then, that Doc Brown has endowed the “Futures Award,” presented each year by the American Association of Physics Teachers. Given to early career physicists who have made notable contributions to the organization and physics education broadly, it covers registration fees and travel and lodging expenses for an annual AAPT conference, along with a $1000 prize.

“They were ecstatic about having the resources available to offer it,” said Doc Brown. “It wasn’t about personal recognition… If somebody gave me $100, I wouldn’t know how to use it, so someone else should probably benefit!”

He did, of course, acknowledge the side-benefit of having his name tied to an award with “future” in the name.

“Students recognize me as ‘Doc Brown,’ and I figure if it’s a ‘futures award,’ there’s a great opportunity there.”

The running theme in Brown’s teaching style, and his general demeanor, is this lack of pretentiousness. Scattered throughout the conversation were moments where jargon terms could have easily come out, or where he could have dove deep into his personal philosophy  and accomplishments. But Doc was far more interested in elaborating on the ways he benefited from the insights of others, rather than how others benefited from him. He also found ways to emphasize whenever possible the holistic sides of pedagogy, and how it is just as important for students to be able to teach as they are to learn.

“Teaching is the ultimate manifestation of demonstrating that you can actually explain a concept.”

When asked about his pioneering decision to use undergraduate teaching assistants, Doc presented as though it was an obvious conclusion: “If they can grade exams, why can’t they also help with recitations or do lectures?”

“Teaching is the ultimate manifestation of demonstrating that you can actually explain a concept,” he continued.

Not long after he incorporated undergraduate TAs into his teaching methods, he spoke at a conference. Although he was supposed to present on the electronic learning environment, observers were far more interested in the TAs. Much of the precedent we have now for using undergrad TAs, particularly at CWRU, can likely be traced back to Doc’s early implementation.

Even today, though, he is still constantly tinkering with new ways to improve his methods for delivering physics content. At the moment, his main pedagogical project stresses the importance of simplicity in teaching new concepts. Something Doc made note of when describing the GRE flashcards was the incorrect assumption that physics is just about the memorization of equations.

“There is a key point in [the topic],” he said, “The equation isn’t what’s driving, it’s the actual concept involved.”

For years now, he’s been pushing this idea to its logical extreme by working on a book that could be titled “Physics for Fifth Graders.” The overarching goal is to boil complicated physics ideas down into metaphors and examples that even an elementary school student could understand. Rather than rely on complex terminology or reference high-level theoretical concepts, Doc reduces problems like systems with equivalent forces to diagrams involving horses pulling against a tree or one another.

Many of these are borrowed from the numerous courses he’s taught over the decades: “If I’m going through a class and I see something really difficult or tricky, I try to make it into a toy.”

When asked about his influences, the source of Doc’s outside-of-the-ivory-tower approach to teaching is much clearer. Unable to name just one from college, he referenced teachers going all the way back to kindergarten as among his core supporters. In large part, they reinforced for him that he should branch out, and illuminated that he was special.

His father, a painter, was equally as instrumental: “He liked everybody, he had an enthusiasm for everyone and was upbeat all the time…. When I’m sitting there, making little sketches, I’ll think about the artistry involved. It’s a pretty picture, a nice story, even when it’s not actually artistic.”

That probably best encapsulates the essence of Professor Robert Brown; not everything important has to be fancy, and what matters most is that you care about whatever it is you’re doing.

“Students will come into my office and ask things like ‘Is this the right career for me? Should I do something else?’ Just take something you like and do it well! If you’re understanding something deeply, you’ll be amazed at how translatable it is to other things!”

For Doc Brown, teaching appears to be that “something.”