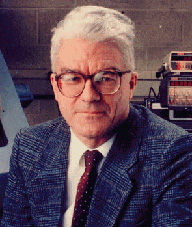 My interest in superconductivity has been sustained over the years by the singular beauty of the phenomenon, and also by its role in a number of inter-disciplinary areas of technology.

My studies of the phenomenon itself have focused on anisotropy and inhomogeneity. As was the case for early models of the universe, early microscopic theories of superconductivity were built on a state that was both isotropic and homogeneous. But, as in cosmology, such models fail to capture much that is of physical interest. In particular, superconductors in a magnetic field are intrinsically inhomogeneous and anisotropy plays an essential role in the realization of high-Tc superconductivity.

In interdisciplinary activities extending back nearly half a century, members of my group have pioneered developments in superconducting magnets, and have been actively involved in innovations in the area of medical diagnostics. Our medical activities recently culminated in a joint project with Columbia University’s distinguished pediatric hematology group, led by Gary Brittenham. A new superconducting magnetic susceptometer based on high-Tc superconductivity has emerged (2007) from this interdisciplinary collaboration, with advanced capabilities for non-invasive assessment of the concentration of iron in the human liver. Case Western Reserve and Columbia University are jointly patenting the instrument, and two companies, Merlin Magnetics (Cleveland, Ohio) and Tristan Technologies (San Diego, California), are collaborating to bring it to the marketplace.