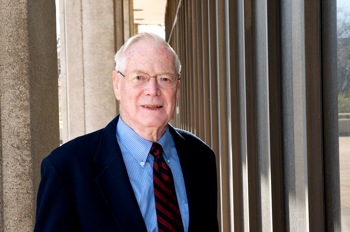 Our studies are concentrated on a layer of electrons on the surface of liquid helium. Electrons evaporated onto a liquid-helium surface do not penetrate into the liquid but are trapped in the dielectric-image potential of the surface, and spread out in a single layer. The average separation from the surface in the ground state is about 10 nm. They are coupled weakly to the surface and scatter only from capillary surface wave with the highest measured mobility in condensed matter systems.

Our past experiments include among many others, a study of melting, weak localization, edgemagnetoplasmons, which propagate around the perimeter of the sample, and pinning of a electron crystal above a helium film on a rough substrate. Our planned experiments on the 2D electron layer include a measurement of the shear viscosity of the electron liquid, localization of electrons due to scattering from ripplons, and a search for a polaron state, in which the electron is trapped in a dimple formed in the helium surface by the pressure of the electron in a strong applied field.

Our major research emphasis is to fabricate a quantum computer using electrons on liquid helium that are laterally confined by small electrodes, with each electrode trapping a single electron above it. This is our quantum bit. The ground and first excited state of the electron in its image potential, correspond to the classical bits, 0 and 1 respectively. Potentials are applied to the electrodes to operate quantum gates. This project is a collaboration with John Goodkind at UC San Diego and Mark Dykman at Michigan State. See our website, http://cwru.edu for more details on this system.

We are also setting up an NMR experiment to probe the anisotropy of the diffusion of 3He atoms in hcp crystals of 4He. Based on data in the literature we conjecture that vacancy-assisted diffusion is highly anisotropic. If this conjecture is correct, our understanding of non-localized vacancies that propagate as waves in 4He crystals is incomplete.