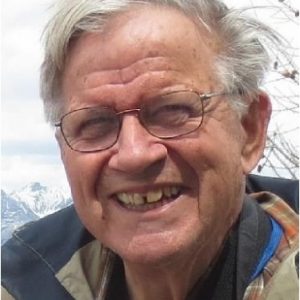 Keith Robinson played an important role in physics education and research at CWRU for 36 years. He arrived in Cleveland in July 1966 to assume leadership of a new high energy physics group being formed at Western Reserve University as a result of a National Science Foundation Centers of Excellence award granted to science departments at both Case Institute of Technology and Western Reserve University. Within a semester the two institutions’ physics departments had merged, and within a year the two institutions had federated to become Case Western Reserve University. The new “bubble chamber group” led by Keith was a major player in high energy physics research of the time and uncovered the properties and composition of dozens of elementary particles.

Keith was born in Truro, Nova Scotia on August 29, 1932. His father was the milk manager at the local creamery, and self-educated past the eighth grade. His mother was a stenographer and homemaker. A high school teacher noticed Keith’s aptitude for physics and encouraged his studies, showing him a path that might not otherwise have been apparent to him. Keith studied at Dalhousie University, Halifax, Nova Scotia (1950-1956, B. Sc. and M. Sc in physics). He recalled “one memorable summer at Canada’s nuclear physics facility at Chalk River. . . . By the end of that summer I was fully hooked on a career in research and heading toward subatomic physics.” With the support of a Shell Scholarship, Keith pursued his graduate studies in the UK (1956-1960) first at Cambridge University and then at Oxford University, where he earned his D.Phil in Physics in early 1960.

Keith then came to the United States to undertake research in particle physics at Brookhaven National Laboratory as a member of the Edward Salant Group. It was an exciting time for high energy physics, just as bubble chamber technology was taking over particle research. The research produced thousands of photographs of strings of bubbles in liquid hydrogen, caused by the passage of particles from the new Brookhaven Cosmotron through the magnetic field in the bubble chamber. One challenge was to train teams of “scanners” who measured the tracks, recording them on punch-cards. This is where Keith came in, as the computer expert, to write the software for the conversion of the track data into momenta and energies, and ultimately, to record what happened in the high energy collision. As one fortuitous outcome of this research, Keith met his future wife, Margaret Bainbridge Robinson, when she worked as a scanner at Brookhaven in the summer of 1961. They married in June 1965.

Keith was key to the development of the bubble chamber group at Brookhaven until 1966, when he and Margi came to Cleveland. A year later, Keith proposed that the department hire another bubble chamber physicist, Bill Fickinger, whom he had known as a Yale graduate student at Brookhaven. Together, Keith and Bill set up a first-class scanning laboratory. For twenty years, as the technology advanced, they analyzed bubble chamber data, and later, spark chamber data, mostly in collaboration with other group (Brookhaven, Carnegie Mellon, Syracuse, Boston) and with data from accelerators at Brookhaven, Argonne, and Fermilab. 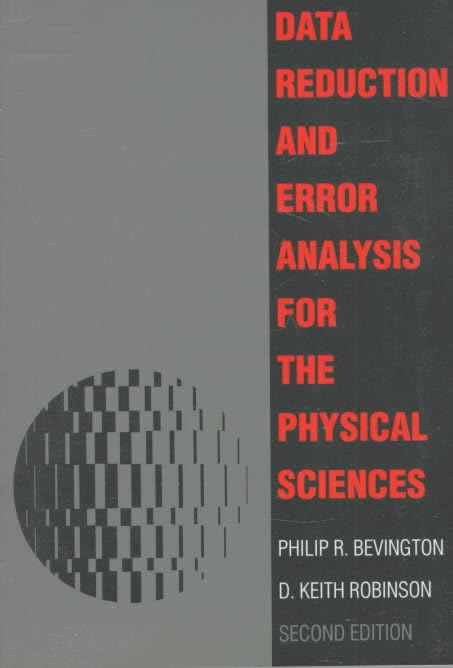 In the 1990’s, Keith took on the job of overseeing the teaching labs where hundreds of students had hands-on experience related to all their introductory physics courses, work he greatly enjoyed. As an expert in error analysis, Keith was invited in 1992 to create an update/second edition of Phil Bevington’s very successful 1969 textbook: Data and Error Analysis for the Physical Sciences. He completed a third edition of the book, adding access to downloadable computer routines and programs useful to the book’s audience.

For 36 years, Keith was an essential and much appreciated part of our department’s teaching, research, advising, and social programs. Beyond the physics department, he served as Chair of the Faculty Senate, University Marshal, a leader of the AAUP chapter at CWRU, and was an active participant in many collegiate and university committees.

Keith Robinson died on June 22, 2020. He is survived by his wife Margaret, who retired as Dean of Undergraduate Studies of CWRU; his children Gregory K. Robinson of New York City, and Claire C. Robinson May, of Cleveland Heights; his brother Paul Robinson of Dartmouth, N.S.; two grandsons; and numerous loved ones in Canada and the U.S. A celebration of his life will be held at a later date.